Trafficking is essentially trading in persons for the purposes of exploitation such as work, sex or forced marriage. It is covered by the Combating of Trafficking in Persons Act 1 of 2018, which sets forth criminal offences as well as services to victims of trafficking.

In the past, people tended to think of trafficking in persons – also referred to as human trafficking or modern slavery – as primarily involving women trafficked from a poor country into an affluent country for sexual exploitation. Today, there is a greater awareness about the diversity of trafficking (which affects women, men and children) and the various ways in which victims may be exploited (such as for work, sex or forced marriage). Also, there are increasing reports of domestic trafficking – reminding us that trafficking may take place within a single country, including the victim’s own, and does not require the crossing of an international border.

A person commits the crime of trafficking in persons if he or she does a specified ACT, using certain MEANS, for the purpose of EXPLOITATION. 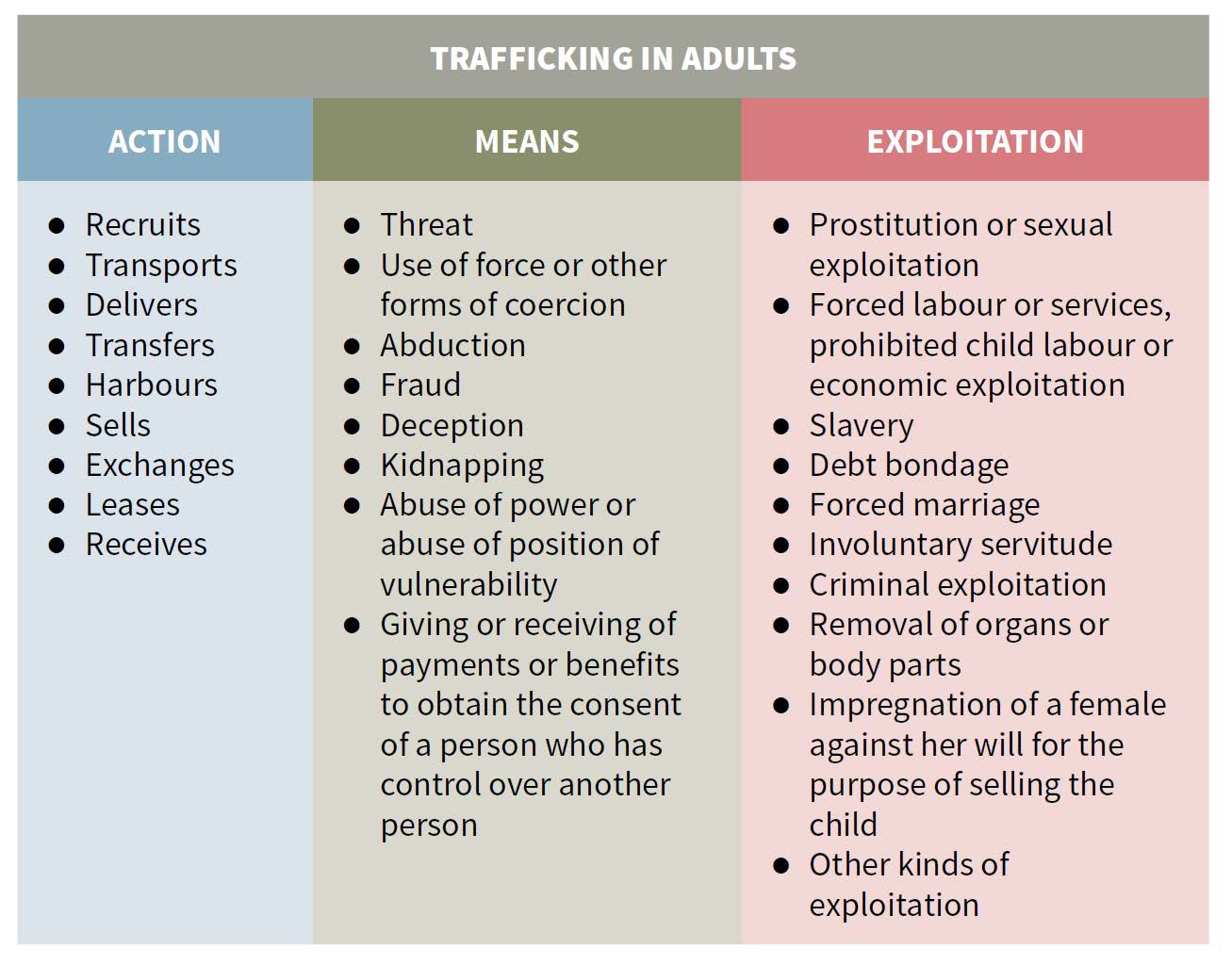 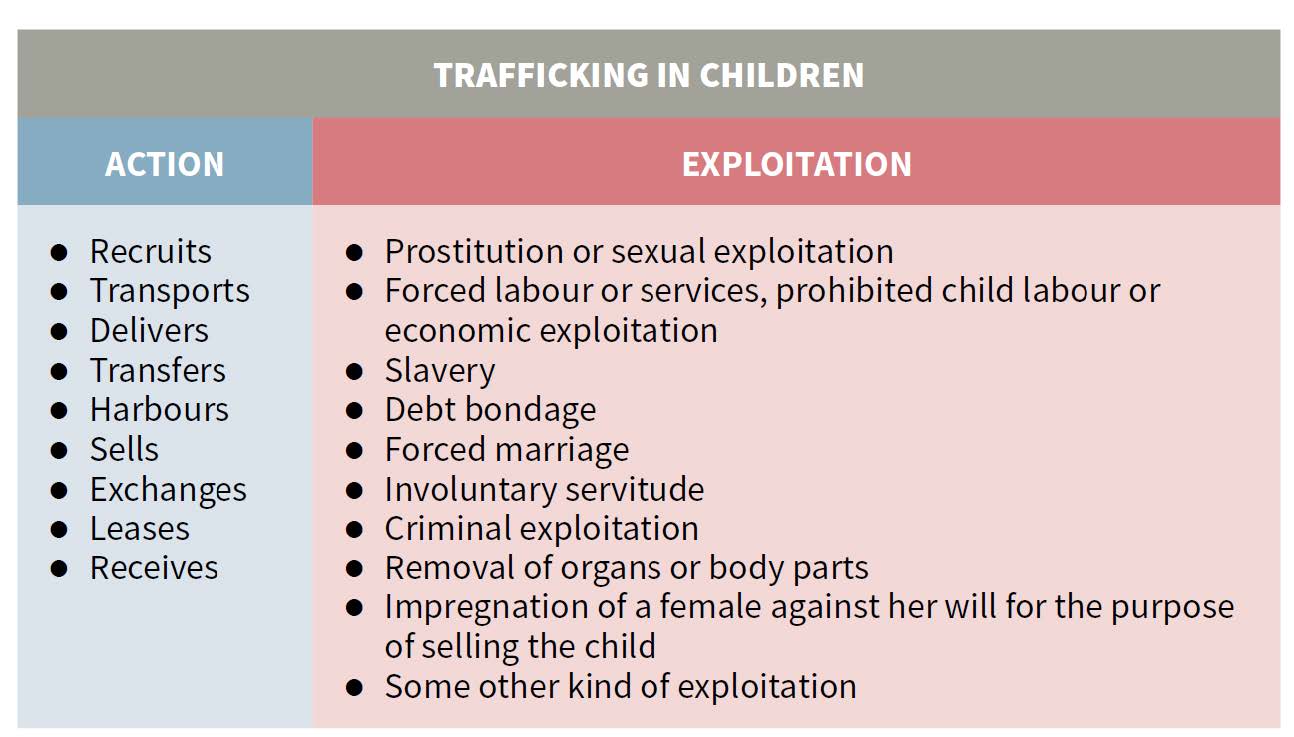 For children, no MEANS is required, just a specified ACT for the purpose of EXPLOITATION.

For more information about trafficking, see our comic What is trafficking in persons? or the more detailed booklet a Guide to Namibia’s Combating of Trafficking in Persons Act 1 of 2018. 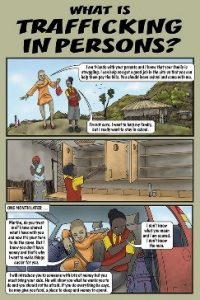 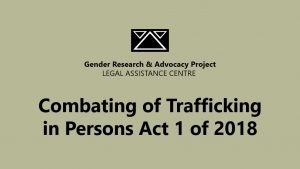 We provide Powerpoint presentations in two flavours. One is for the general public and the other one for community trainers and service providers.