GR&AP has looked at a range of issues relating to children over the years. 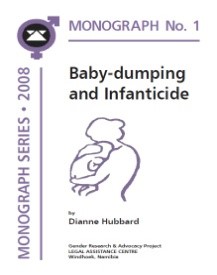 In 2008, GR&AP published a monograph on Baby-dumping and infanticide. These acts are crimes, but they are also cries for help. New mothers – especially young mothers – may feel overwhelmed by the idea of  parenthood. They may have difficulty coping with the drastic physical and emotional changes they are experiencing. They may be suffering from the depression sometimes brought on by the hormonal changes associated with giving birth. They may be convinced that they will be unable to provide for the child, and they may feel that there is no one they can turn to for help. They may fear the shame of having given birth outside of marriage, or they may fear that they will be unable to continue their studies. None of these feelings can excuse the abandonment or murder of a child. But they show that communities can take steps to prevent infanticide and baby-dumping by giving mothers support and reassurance. It is difficult to estimate the true extent of infanticide and baby-dumping in Namibia, as such cases may go unreported. However, police statistics and anecdotal information suggest that the problem is a significant one. GR&AP’s paper includes information on the incidence of baby-dumping in Namibia, and recommendations for law and policy on this issue.

Some of the law reforms proposed n the monograph informed provisions on underage drinking which were included in the forthcoming Child Care and Protection Act. 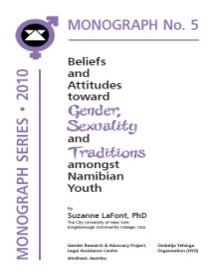 Youth attitudes about gender and sexuality

A monograph published by GR&AP in 2011, Beliefs and Attitudes towards Gender, Sexuality and Traditions amongst Namibian Youth, reports on a study which explored what young people think about sexuality and gender amongst young people in Namibia. This  provides insights which can inform comprehensive sexuality education and programmes aimed at the prevention of HIV/AIDS.

During 2007 and 2008, 395 questionnaires were administered to 15- to 20-year-olds in rural and urban Namibia, and follow-up focus groups were conducted to explore some of the issues in more depth. The questionnaire focused on four themes:

For a short summary of the report’s findings, you can read this press release or this article.

GR&AP worked together with OYO to  produce Think Twice, a two-film package. Both stories explore young relationships with the aim of encouraging people to reflect on the consequences our actions can have on our lives. The stories each have two endings, depending on the choices made by the protagonists.

Sex and Chocolate looks at four university students. While Kandi and Peter share a healthy and loving relationship, Kandi’s friend, Lucy, finds herself confronted with a dilemma. She is deeply in love with David but comes to know that he has another girlfriend, Sharon. Will she stay in the relationship, knowing she will always be number 2, or will she move on? 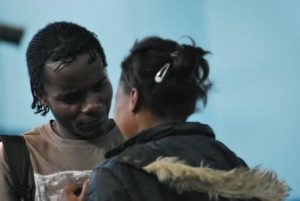 Teddy Bear Love looks at the lives of a group of learners about to finish school. Sylvia is deeply unhappy at home, especially since her mother began drinking and beating both Sylvia and her dad. At school, she meets Tony, a shy learner. They start a relationship and are happy with one another. Yet, other learners try to convince them that they should be having sex. When Tony finally finds the courage to ask her to have sex with him, Sylvia doesn’t know what to do. Will she agree to this against her better judgment, or will she break up with him? 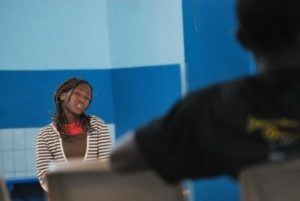