The Maintenance Act 9 of 2003 was the culmination of some eight years of advocacy by GR&AP and other NGOs.

Following an extensive two-year study, in 1995 GR&AP published a report entitled Maintenance: A Study of the Operation of Namibia’s Maintenance Courts, including a proposal for a draft Maintenance Act.

A Maintenance Manual for magistrates and maintenance officers who administer maintenance cases was also published in 1995, as well as educational material on maintenance. 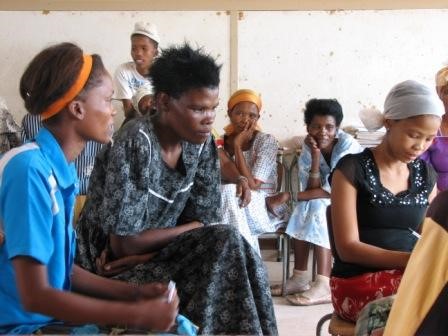 During 1998-99, GR&AP embarked on a Child Maintenance Campaign with the goal of  advocating for law reform, raising public awareness of the importance of financial and emotional support to children from both their parents, and improving service delivery to persons who approach the maintenance courts.  Campaign activities included radio and television programmes, posters, performance groups, community meetings and workshops across Namibia as well as direct engagement with various service providers.

One of the highlights of the campaign was the preparation of six short television spots aimed at fathers.  These ‘shorts’ were launched at the National Art Gallery in March 1999 and were well-received, stimulating lots of discussion and debate. NBC aired them frequently.   A video containing all six spots was distributed to NGOs and others for use in workshops.  In October 1999, these television spots won a prestigious Gecko advertising award, surpassing 11 other entries.

Lobbying activities continued after the official end of the campaign.  The Maintenance Bill was introduced into Parliament in February 2002.  GR&AP made written and oral submissions on the Bill to the Parliamentary Committee which studied it.  When the Committee Report was tabled, GR&AP responded with written comments which were distributed to all Parliamentarians.  The bill was passed in 2003, and finally came into force in November of that year.  GR&AP advised the Ministry of Justice on regulations and forms to accompany the Act, with emphasis on making the forms and the procedures as accessible and user-friendly as possible.

You can read short articles from our archives published during this period: 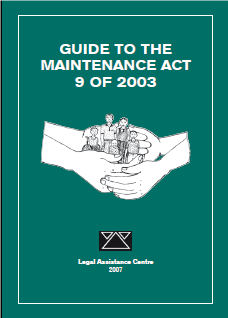 GR&AP has produced a range of publications containing simple information about the maintenance courts and how they work.

GR&AP has produced a feature-length film called Maintenance Matters, which tells stories from a fictional maintenance court to provide an entertaining drama while at the same time educating the public about problems that are commonly experienced when applying for maintenance.  The underlying message is the need to focus on the needs of the children in question, rather than on disputes between parents.  The film is available in four languages (English, Afrikaans, Oshiwambo and Otjiherero).  You can contact the LAC office to buy or rent a copy of this film.

There is also a DVD containing several 2-6 minute “shorts” aimed at encouraging father to take responsibility for their children. Some are poignant, whilst others use humour to get the message across (such as the one about Mr Super-Cool-and-Loving, whose actions eventually catch up with him). They are suitable for broadcast on television between regularly-scheduled programming, or to spark workshop discussions. You can contact the LAC office to buy or rent a copy of this DVD.

For the general public
and for service providers 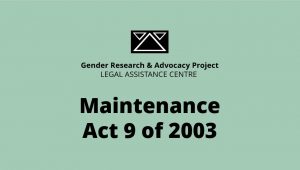 In 2013, GR&AP published an extensive study entitled Maintenance Matters, which used informationm from court files and interviews to analyse the implementation of the Maintenance Act 9 of 2003.

A research brief provides a shorter overview of the report’s key findings.

For a thumbnail sketch, see the press release issued at the time.

These amendments are still under discussion by the Ministry of Justice as of mid-2020. 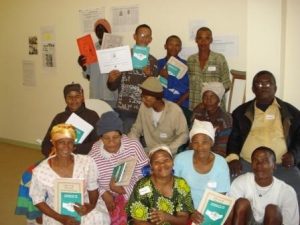