The Law and Oil Exploration in Namibia

It has recently been reported in the media that Reconnaissance Energy Africa, a Canadian mining and exploration company, plans to prospect for oil and gas in the northeastern regions of Namibia bordering Botswana. In view of this announcement, this article aims to give a brief overview of the applicable legislative framework that regulates mining activities in or near environmentally sensitive and protected areas.

The Namibian statutory framework on mining and the environment
The two main laws in Namibia dealing with mining and the environment are the Minerals (Prospecting and Mining) Act, 1992 (“MA”) and the Environmental Management Act, 2007 (“EMA”).
The MA vests all of Namibia’s prospecting and exploitation rights in the State and gives the Minister of Mines and Energy power to grant licenses for mining activities. It also provides for the appointment of a Mining Commissioner to assist in the licensing process.
The EMA, promotes sustainable management of the Namibian environment and use of its natural resources. It provides for an Environmental Commissioner and a process to assess and control activities that may have significant effects on the environment.
In the case at hand, after an environmental assessment was conducted, the Environmental Commissioner issued an environmental clearance certificate to Reconnaissance Energy Africa allowing it to drill two stratigraphic wells for data gathering on the area’s geology and to confirm the existence of oil or gas for further explorations. However, the environmental clearance certificate does not allow for extensive mining at this stage.
In terms of the EMA’s regulations, once a certificate has been issued to a prospecting company, it has to conduct a public consultation process, open and maintain a register of  all interested and affected parties and consider all objections and representations received from the public.
Amongst the key principles of environmental management promoted by the EMA are that the participation of all interested and affected parties must be promoted, and that decisions must consider the interests, needs and values of those parties. These principles are consistent with other principles such as good governance, transparency and accountability that one would expect from a constitutional democracy such as Namibia.

The application of the Namibian Constitution and international law
The prospecting area is in close proximity to the Okavango River, several communal conservancies, Khaudum National Park in Namibia, the Kavango-Zambezi transfrontier conservation area (Kaza) and the UNESCO world heritage site of Tsodilo Hills in Botswana.
Given the importance that these places play in the conservation of the region’s natural resources, the impact of possible oil and gas exploration on the immediate and broader environment must be considered. Thus, the relevant provisions of the Namibian Constitution must be considered before any mining commences in the area. This includes Article 95(l) on sustainable use of living natural resources and maintenance of ecosystems and biological diversity as well as relevant international law ratified by Namibia in terms of Article 144.
The sustainable use of the Okavango River largely depends on the close cooperation of three countries – Angola, Namibia and Botswana. Thus, any development proposed by one of these countries that could impact on the sustainable use of the river should be discussed with the others. The Okavango River’s source is in the highlands of Angola. It then flows through Namibia into Botswana where it transforms itself into the Okavango Delta – a unique and rich biodiversity wetland area in the heart of the Kalahari Desert.
From time immemorial, the Okavango River and Delta have functioned as a life supporting system for people, wildlife and vegetation. The Delta has international protection status under the Ramsar Convention on Wetlands of International Importance and it is also a UNESCO heritage site. Tsodilo Hills, with its estimated 4500 rock paintings, has significant spiritual and religious meaning to the local people, while Khaudum National Park is an important sanctuary for all kinds of wildlife. Kaza, the biggest transfrontier conservation area of its kind in Southern Africa, includes Namibia, Botswana, Angola, Zambia and Zimbabwe. Kaza, together with the local communal conservancies provides important cross border migration corridors for the region’s wildlife and brings vital tourism income to the region.
The prospecting area is on or near the lands of marginalised San indigenous communities such as the Khwe and the Ju’| hoansi, as well as several subsistence farming communities. Prospecting and mining could have an adverse effect on these communities, which are already experiencing difficult socio-economic circumstances, and undermine their efforts to protect the natural resources they depend on for their livelihoods.
With regard to the protection of indigenous peoples’ land and human rights, the Declaration on the Rights of Indigenous Peoples, to which Namibia is a party, requires States to consult and cooperate in good faith with affected communities, through their own representative institutions, to obtain their free, prior and informed consent before adopting and implementing legislative or administrative measures that may affect them.
Similarly, the Convention on Biological Diversity, to which Namibia is also a party, acknowledges the role that indigenous communities play in the conservation of the natural resources on their lands.

Economic versus environmental considerations
The argument in favour of mining exploration nearly always includes references to the economic benefits and job opportunities it will bring. However, examples from all over the world – including Africa (in oil exploration in Nigeria’s Niger Delta, for example) – show that the oil extraction industry has often caused serious long-term damage to the environment, with marginal economic benefits to those who have to live with its consequences. In addition, with the reality of climate change looming over the continuing existence of life on earth, business cannot be allowed to continue as usual. Thus, the wisdom of continued investment in the fossil fuel industry should be questioned.
Both Namibia and Canada, the exploration company’s country of origin, are parties to the Paris Climate Agreement, which expects its members to develop actions that will cut fossil fuel emissions. By implication this means investing less in the fossil fuel industry and more in renewable and climate-friendly energy sources. The development of an oil field near the Okavango Delta would appear to be contrary to the spirit of this Agreement, which is directed toward less investment in the global fossil fuel extraction industry.

Fracking causes environmental damage and birth defects, new study shows
Groundbreaking report calculates damage by fracking
How fracking affects the environment and public health
A local recording of a talk at the Namibia Scientific Society by Matt Totten on Oil in the Okavango – here is the link for the video 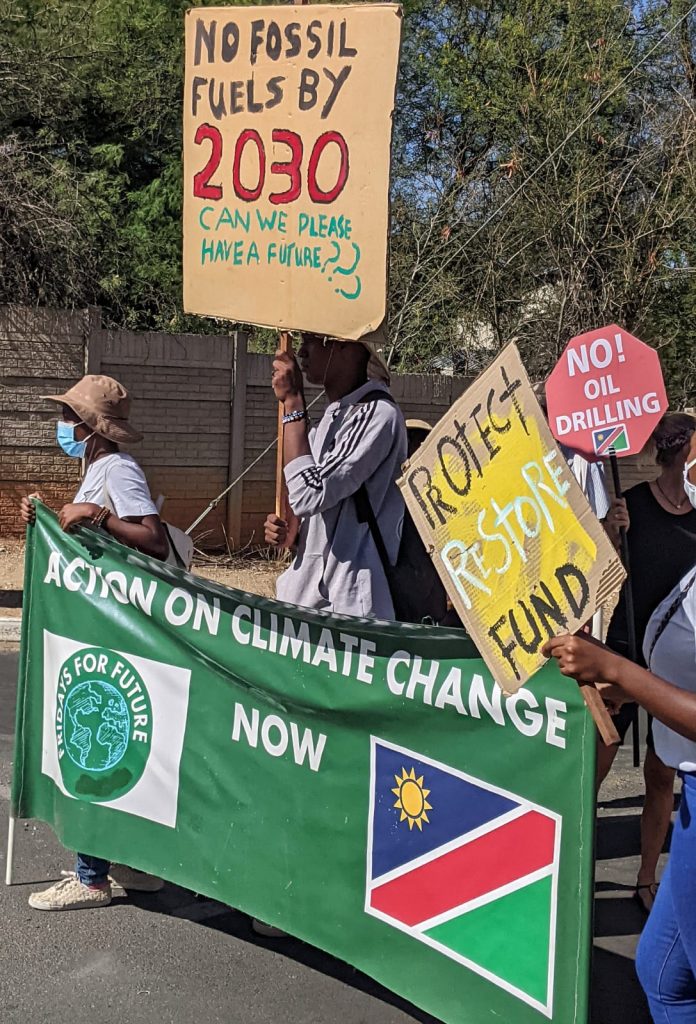 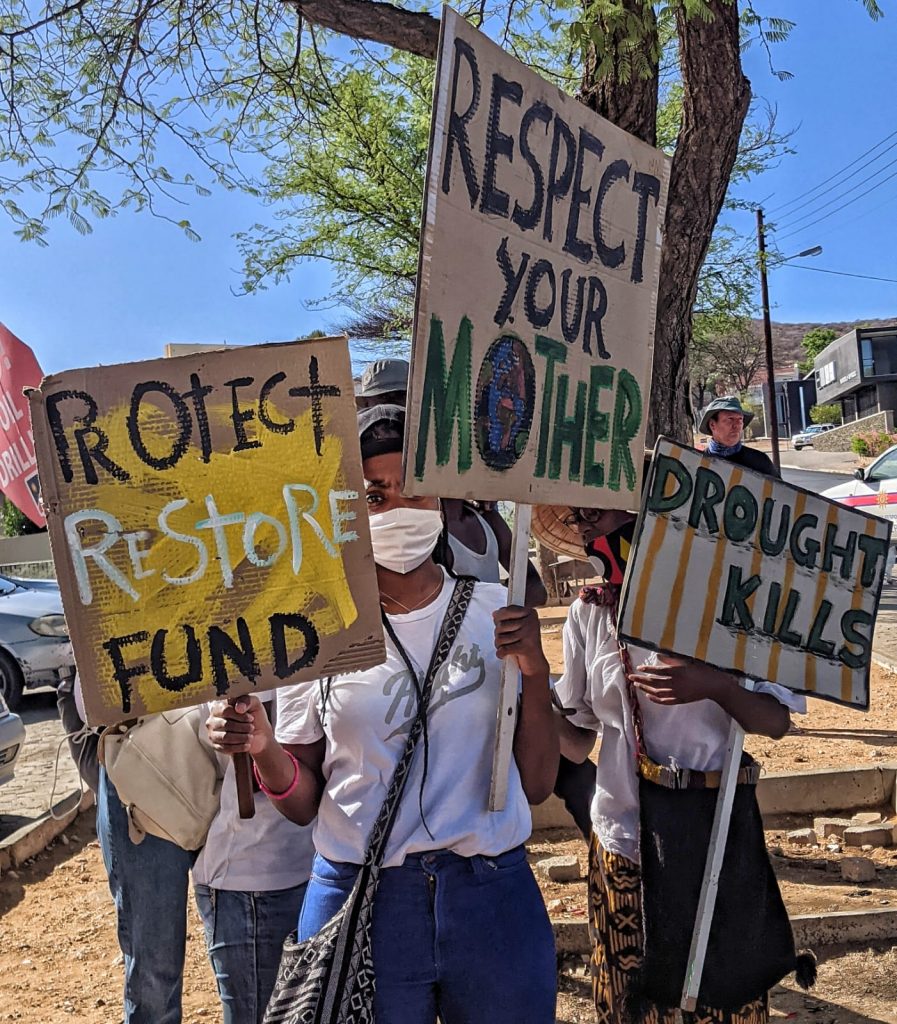 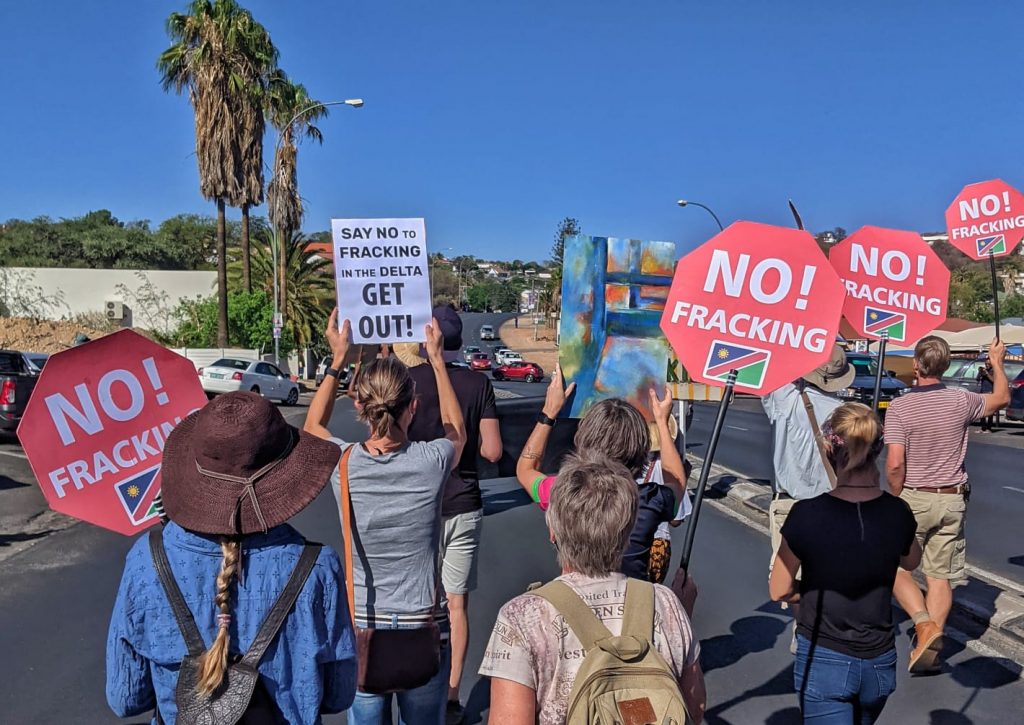 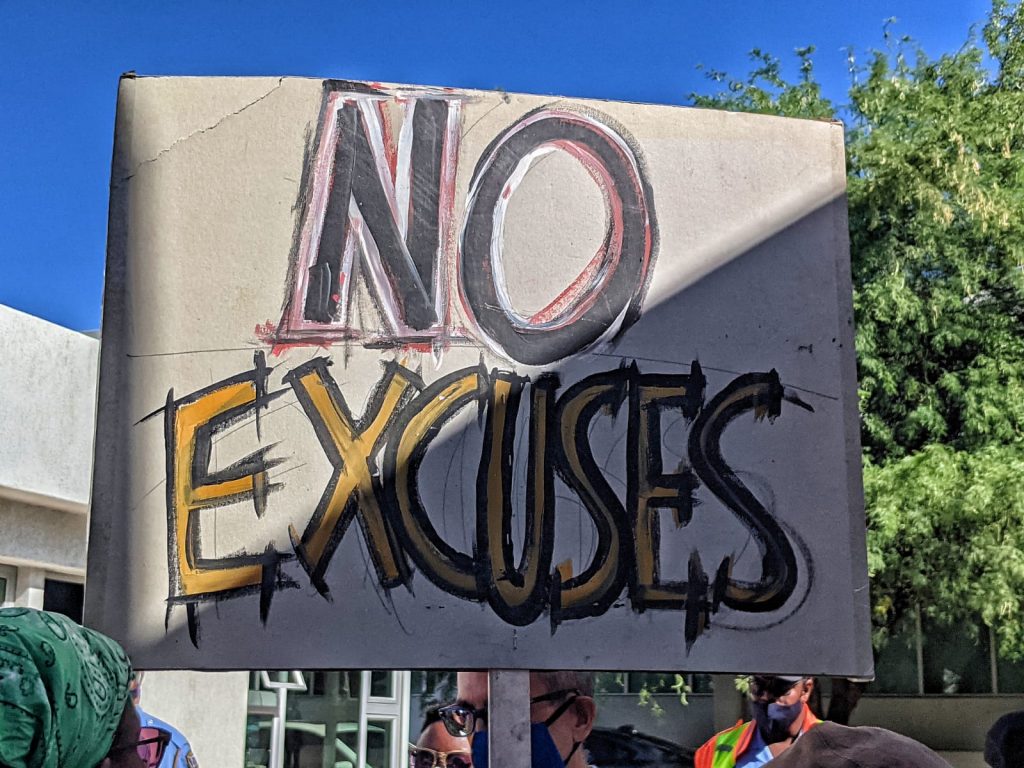 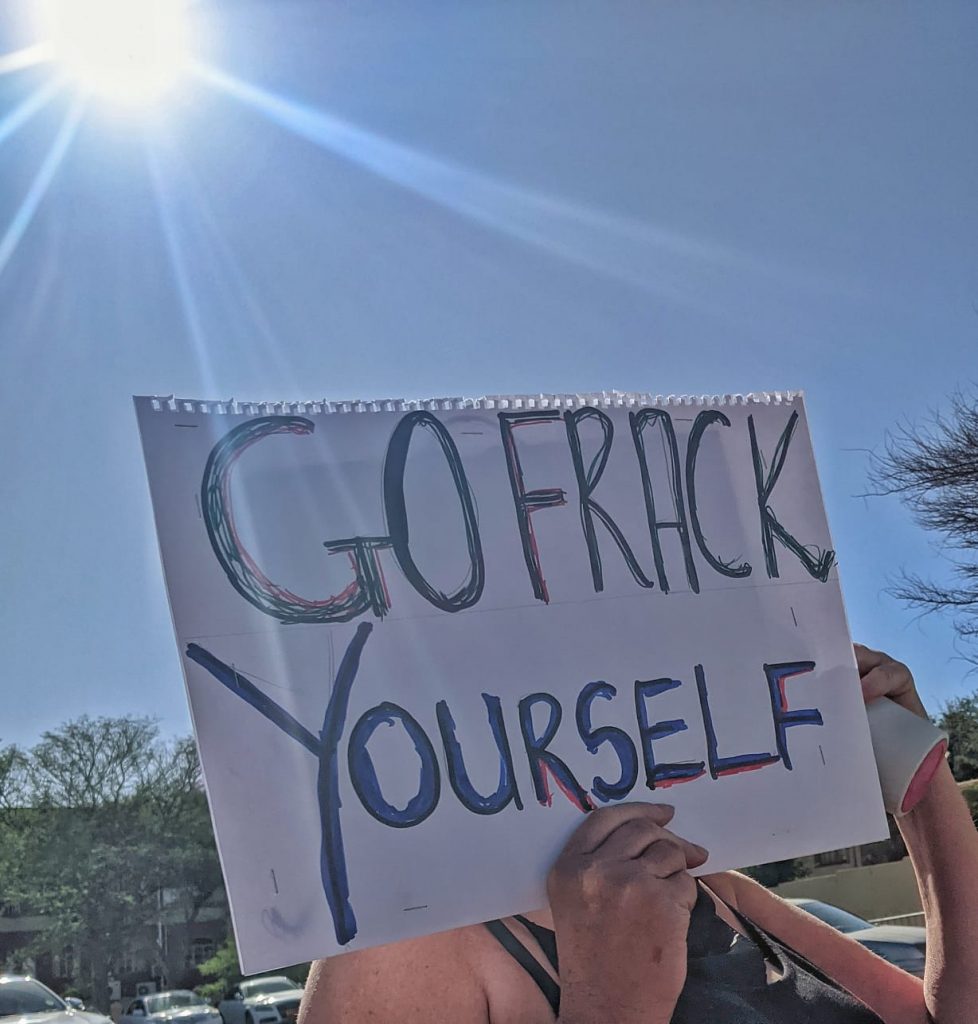 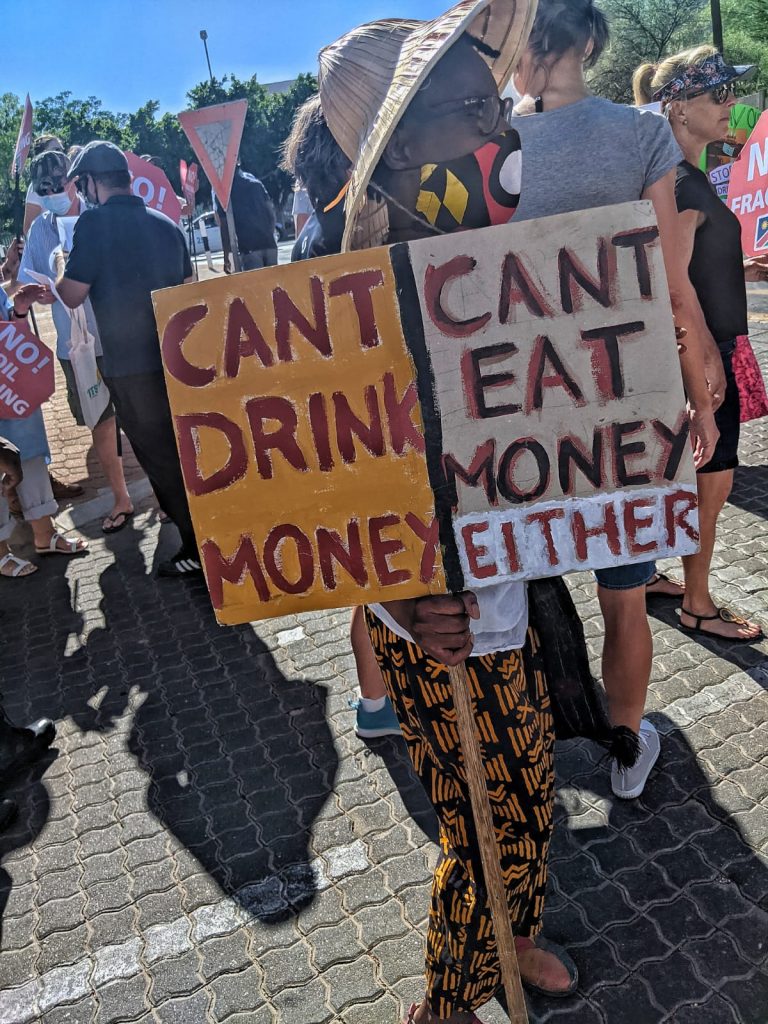