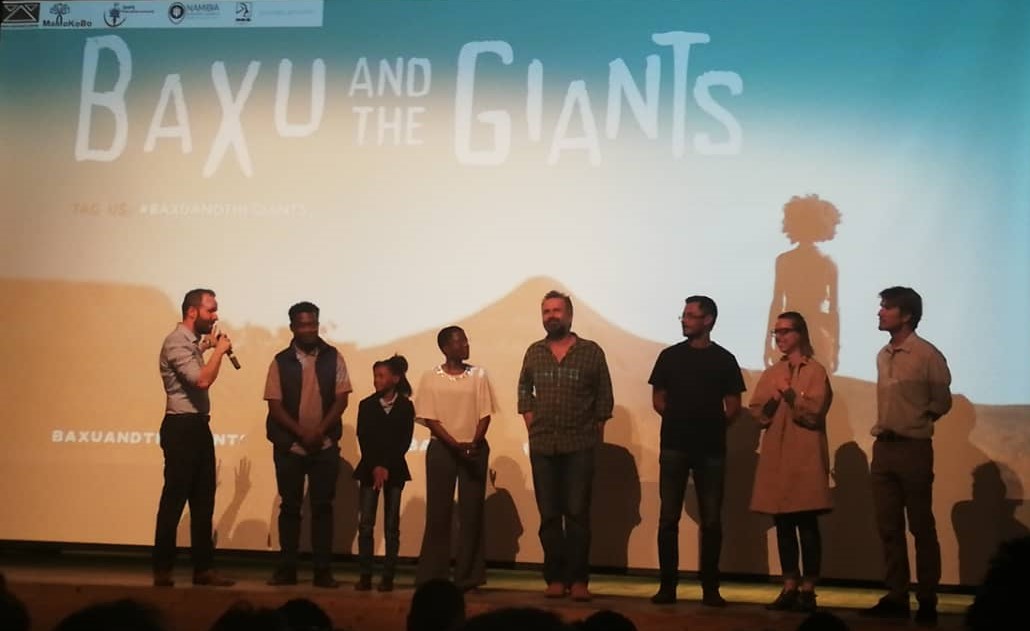 Serious access to information concerns that dogged electoral governance before, during and after the November 27 elections
As the Legal Assistance Centre is a member of the Action Coalition we wish to reiterate this press statement made:
“Elections are highly sensitive periods in any democracy. Every effort should be made by relevant authorities and stakeholders to ensure the integrity of electoral processes and institutions, as electoral governance has an irrefutably immense impact on political and socio-economic, not to mention substantive democratic, outcomes in societies, especially in relatively young countries such as Namibia.”

EU funds our Gender Research and Advocacy Project
The two-year project will be rolled out under the theme: ‘Love With Respect And Discipline With Care: Outreach On Gender Based Violence, Alternatives To Corporal Punishment And The Childcare And Protection Act.’
Project leader Dianne Hubbard said it will include 10 radio shows, 36 community workshops, new comics about the act, a You Tube video on corporal punishment and reprints of materials on the links between GBV and corporal punishment.
We wish to express our sincere gratitude for this donation. Read here: NBC or Namibian.

Protesters demand arrest of senior public officials implicated in corruption
NBC reports: Protesters from Windhoek marched to the Anti-Corruption Commission (ACC) on Friday, 22 November, denouncing the ongoing corruption in the country.
The demonstration was triggered by revelations of bribery and corruption scandal involving former Cabinet ministers and prominent figures from the private sector. LAC and various lawyers took part.

We thank him for his generous donation from the proceeds of the books sold during the Windhoek launch.
The book relates the experiences of the author as a young Windhoek lawyer, compelled to take on the human rights abuses perpetrated by the South African security forces.
As Senior Council Geoff Budlender comments:
“A lively and compelling account of the struggle of the Namibian people to hold illegitimate power accountable through the courts, as they fought for their independence from brutal colonial rule. This is an important book with wide significance.”

PAY UP: The health ministry is struggling to pay a N$730 000 settlement arising from the death of a woman in 2015 (Namibian Sun) 25 October 2019
The health ministry has blamed a lack of money for failing to comply with a court order to pay a grieving widower N$730 000 by December last year.
In June, Vilho Sakaria was forced to turn to the Windhoek High Court for a second time in an attempt to force the ministry to comply with the settlement agreement reached last year.
Sharen Zenda of the LAC is appearing on behalf of Vilho, while government attorney Immanuel Wynand Dausab has been appointed to represent the health ministry.

LAC and Nampower increase learning capacity of learners in Zambezi Region
On Monday, 21 October 2019, the NamPower Foundation handed over 150 solar lights to the Legal Assistance Centre in Windhoek. The LAC will donate the solar lights to 150 pupils in the Zambezi region as part of the LAC’s advocacy programme on environmental and wildlife protection in the Zambezi region.
Also read in: Economist, Namibian Sun, Informante and New Era

Swapo manifesto – Opinion by LAC
The Director of LAC Mrs. Toni Hancox to the Republikein (10 October 2019)

The second public Screening of “Baxu and the Giants” in Namibia is donated to Save the Rhino Trust (SRT)
We would like to thank Namibian Scientific Society (NSS), the Namibia Environment and Wildlife Society (News) and Deutsche Höhere Privatschule (DHPS) Alumni for organizing this successful event. Also in the “Economist” and pdf.

Baxu and the Giants
Once again this movie has made headlines!
We are proud to annonce 3 winners at the 2019 Namibian Theatre & Film Awards!

Congratulations to all!
More about the movie here.

Baxu and the Giants had it’s World Premiere at the San Francisco Independent Short Film Festival where it also bagged an award for best foreign narrative. Article here or pdf.

PRESS RELEASE on state of health
The headline in the Namibian newspaper refers: “Woman dies in clinic queue”.
There is a constitutional and international obligation on a State to respect, protect and fulfil the human right to have timely access to acceptable basic health services.
We call upon our Government to do so.

Vaccination deaths haunt Government
Nine cases in the High Court, in which parents are suing the health ministry for close to N$5
million after their children died following routine vaccinations, may be grouped together,
The Legal Assistance Centre (LAC) confirmed last week that it is handling nine vaccine related
lawsuits, most of which were filed in 2017.

Only 1 of 5 rapists arrested (The Patriot, 29 July 2019)
The Namibia University of Science and Technology (NUST) hosted a public discussion in an effort to develop a strategy on how to combat sexual violence within the campus community.
Our Yolande Engelbrecht took part as a panelist and spoke on rape as “the intentional commission of a sexual act under coercive circumstances. The Patriot reported.

AMERICAN ACADEMY ELECTS JUDGE DAVE SMUTS
We would like to congratulate our founding director (1988-1992) and previous Trustee of the Legal Assistance Centre on receiving this great honour.

APPEAL TO RESTORE PEACE AND THE RULE OF LAW IN ZIMBABWE POST ELECTIONS
We, the Namibian Civil Society Organizations under the auspices of Namibia Non-Governmental Organization Forum Trust hereby call upon Your Excellency to use your authority and power as SADC Chairman to intervene on the Zimbabwean deteriorating political situation without further delays.

NEW FILM ON POACHING
When the Legal Assistance Center commissioned Andrew Botelle from MaMoKoBo Video & Research to produce a film with the aim of sensitizing teenagers to the issue of poaching in rural Namibia, Schott and his co-writer Girley Jazama took up the opportunity to tell this story from the inside out; through the eyes of an innocent but toughened-by-life girl.