The LAC works with a skilled and professional team of people passionate about human rights. The multi-functional team is comprised of people with extensive knowledge in the law, education, research and advocacy. Together the work towards creating and maintaining a human rights culture in Namibia. 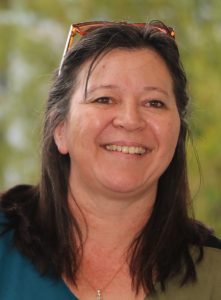 Dianne Hubbard
Coordinator
Dianne is a graduate of Harvard Law School.  She also has degrees in English from the University of North Carolina in the USA and Stellenbosch University in South Africa. She has been the Coordinator of GR&AP since its inception in February 1993. Dianne served a 3-year term as Deputy Chairperson of the Law Reform and Development Commission from 2010-2013.

Paralegal
Yolande joined GR&AP at the beginning of 2009, having worked at the Ministry of Justice for a number of years. Yolande takes the main responsibility for running workshops on behalf of the department as well as developing training programmesand providing information to clients. 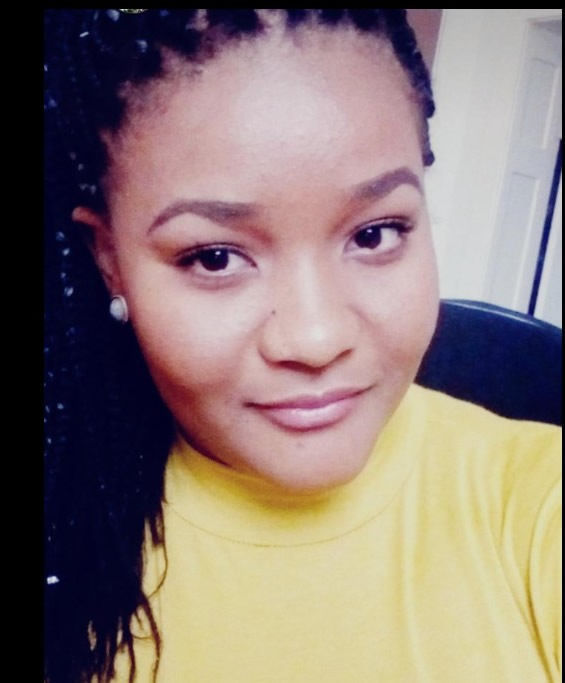 Project Assistant
Celine started at the LAC during February 2018 as a voluntary intern. She then filled the position as receptionist in September until February 2019 and advanced to Project Assistant at GR&AP.
Her tasks at GR&AP include general admin work, scanning and electronic preparation of government gazettes and maintenance and distribution of publications. 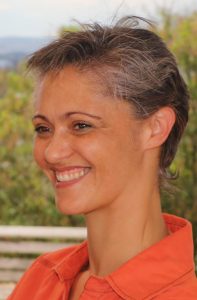 Corinna van Wyk
Co-ordinator, Legal Practitioner
Corinna holds an LLB from the University of Namibia and was admitted as a legal practitioner in 2007.  She started at the LAC in 2010 as the project lawyer for the Aids Law Unit and became the Project Lawyer and Project Coordinator for the Social Justice Project in 2014 until 2019.
In January 2020 she took over as the coordinator of LEAD. 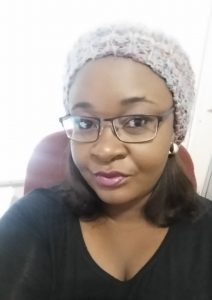 Grace Kapere
Paralegal, Screening Officer
Grace Kapere worked as the Project assistant for the Gender Research and Advocacy project of the LAC for 5 years where after she took a year break to attend to family matters.
She returned to the Legal Assistance Centre in January 2018 as the official paralegal at the Centre. She is responsible for screening, taking statements and renders advice to clients. 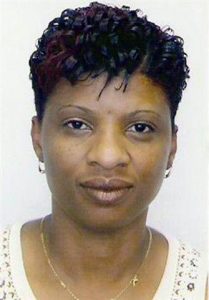 Sophie van Wyk
Project Assistant
Sophie has been with LAC since 1992 to date.  During her time at the LAC, she has worked in various departments and joined the LEAD Department in 2007.  She is passionate working with different communities. 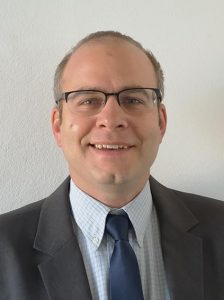 Hans-Christian Mahnke
Paralegal & Public Outreach Officer
Christian is the holder of an MA in Political Science from the Free University of Berlin, Germany.  He joined the LEAD Department in 2018 focusing his work on wildlife legislation and environmental protection.  His prior work experience includes several NGOs in Namibia and West-Africa, all linked to projects including environmental best-practices.
His most recent positions were Cultural Desk Officer at the German Embassy (2008-2013) and as Political, Press, Scholarships and Project Officer at the British High Commission (2013-2018).
In parallel, he founded and managed the local section of the NGO AfricAvenir, which focuses on promoting an African Renaissance, for over ten years. 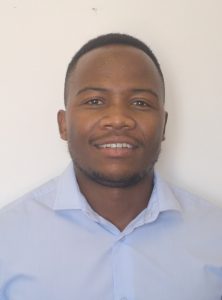 Candidate Legal Practitioner
Okeri Tjipeua obtained his LLB from the University of Namibia in 2021.  During his undergraduate studies, he was recognized as the best second-year student in Legal Interpretation and Legislative Drafting, as well as the best third-year student in Accountancy for Lawyers.  In 2020, Okeri did pro-bono work at the Katutura Magistrate’s Court. After that, he was selected as one of three interns for an Internship Programme initiated by Atlantic III Consulting in 2021. He joined the LAC in March 2022 under LEAD as a candidate legal practitioner and works towards completing his studies at the Justice Training Centre. 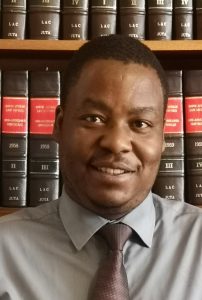 Uaraera Raandjua Tjaveondja
Legal Practitioner and Researcher
Uaraera holds an LLB from the North West University (South Africa) and became a member of Golden Key International Honors Society for Academic Excellence at the end of the first year of his LLB. He has served on the National Youth Council’s Youth Leadership Development Program as researcher and facilitator. Uaraera joined the Land, Environment & Development Project (LEAD Project) during April 2022 and was admitted as a Legal Practitioner of the High Court of Namibia during June 2022. His passion is access to justice and ensuring that laws and litigation are used to enhance and promote human rights.

Andrew Fordred
Intelligence Network Consultant
Andrew served as an intelligence officer of the South African Police.  He then held a number of corporate positions in capacities such Risk Management, and later, forensic investigations.
On completing a forensic investigation degree focusing on forensic intelligence with a qualitative case study of the illegal narcotics trade and syndicates he started his own business providing due diligence, cyber intelligence and investigations, cyber security and privacy, and training services to clients with emphasis on open source intelligence, social engineering and the dark web.

Ben-Begbie Clench
Community Coordinating Consultant
Ben started working in Namibia with San communities in 2005 and went on to head the Working group of Indigenous Minorities in Southern Africa (WIMSA), a San NGO, where he collaborated with LEAD.  He is now freelance, working with San communities, NGOs, governments and international organisations with indigenous peoples and local communities. Ben assists LEAD in various projects related to San land rights, Conservancies and national policy. 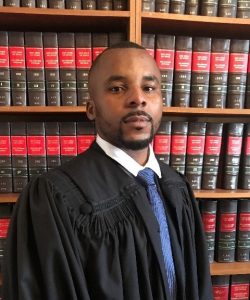 Immanuel Ndatile Tomas
Candidate Legal Practitioner
Immanuel obtained his LLB from the University of Namibia in 2019. At university he was a proactive social youth activist, a radio presenter for five years at UNAM Radio and held student structural leadership positions, such as SRC and Vice president of the UNAM Law Society.
Before LAC he interned at the Office of the First Lady under the tutelage of Dr. Veronica Theron the Advisor/Technical Director and Mrs. Uajo Akwenye, then CEO of ONE economy foundation. 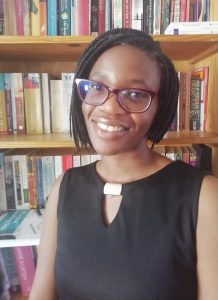 Rugare Pazvakavambwa
Candidate Legal Practitioner
Rugare completed her undergraduate studies for the LLB in 2019. She received a Confucius Institute Scholarship to study Mandarin Chinese for a semester at the Beijing Institute of Technology in 2019, a language she would like to continue studying together with further studies on Neo-Colonialism. She joined the LAC in July 2020 where she is volunteering as a Candidate Legal Practitioner. She is currently undergoing the Justice Training Centre’s  postgraduate course in preparation for the Legal Practitioners Qualifying Exam. 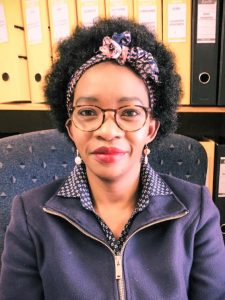 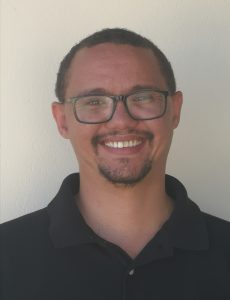 Ian obtained his B.Tech degree in Accounting and Finance from the Namibia University of Science and Technology and is currently pursuing his Advanced Diploma in Accounting Science from UNISA. He brings experience as an audit clerk from Hamilton Chartered Accountants and Grant Thornton Neuhaus, before joining us in Aug 2020 as an Accountant. 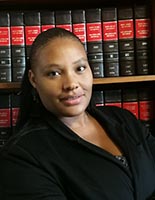 Romy Noeske
Librarian and IT Admin

Romy has obtained her Library and Information Science degree in Stellenbosch, worked at Public libraries and the NBC. Widened her expertise as Section Head at Mutual and Federal Insurance Company before joining the LAC library in 1998. Currently she is also the IT Administrator and web-page editor. 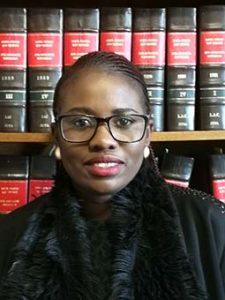 Maria holds a Diploma in Office Management and Degree in Life Long Learning and Community Development ( UNAM) and joined LAC in April 2014 as Personal Assistant to the Director and Legal Secretary. She is also responsible for our Human Resources.

Ruth initially joined GR&AP in February 2017 as Project Assistant, after jobs at Wings over Africa and Franco Namibian Cultural Centre. She assisted with all kinds of administrative tasks. She then did a “job-swap” within the LAC and is now the receptionist. 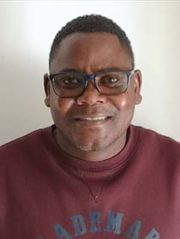 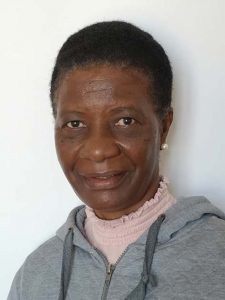 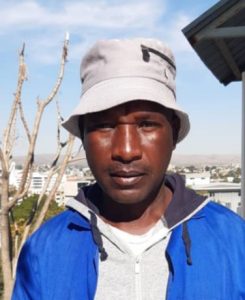