Recently, The Namibian ran an article about men being “deceived into fatherhood”. This article was disturbing, but it presented only one side of the coin. We should indeed be concerned about women who deceive men, but equally concerned about men who try to evade their duties as fathers – and we should be concerned most of all about the children who are affected by the deceptive actions of their parents.
There are a number of legal sanctions that could be applied to any person, male or female, who lies about parentage. These include criminal charges of fraud, perjury or knowingly including a falsehood in a sworn statement, which is a crime under the Justices of the Peace and Commissioners of Oaths Act 16 of 1963. 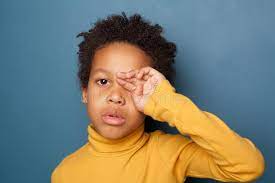 The Maintenance Act 9 of 2003 also makes it an offence for anyone to intentionally furnish false information to a maintenance officer or a maintenance investigator or to lie in a witness statement that is admitted into evidence in a maintenance enquiry.
Proof of parentage is important for purposes of maintenance, but it is also relevant for many other legal reasons: such as to see who should be listed as parents on the child’s birth certificate, to establish the child’s right to inherit from a particular person, or to determine if the child has a right to request maintenance from a deceased estate.
The Child Care and Protection Act 3 of 2015 has a procedure for proving parentage that is available even to persons who find the costs of a DNA test out of reach.
This procedure is gender-neutral. Maternity is less often in question than paternity, but doubt could arise in a case of baby-dumping or some other instance of child abandonment.
The Act allows a broad range of persons to initiate a proceeding to prove parentage: the mother, the father, the child whose parentage is in doubt, the primary caretaker of the child or a social worker authorised by the Ministry of Gender Equality, Poverty Eradication and Social Welfare. And the procedure is not limited to questions about the parentage of minor children – it is available in respect of any person of any age whose parentage is in doubt.
Importantly, the Child Care and Protection Act gives children’s courts a wide discretion to split the costs of a DNA test fairly. The person who is disputing parentage must

normally pay for the DNA test. However, if this person is unable to pay, the children’s court may order that the costs be paid partly or totally by the other party to the dispute, or by the State.
The children’s court has the authority to hold an interim enquiry on the question of costs. The court will consider information about the financial situation of the mother and the father (or
the persons alleged to be the mother or the father), as well as any other relevant circumstances. Then the court can make a preliminary order on who should pay the costs of the DNA test. Depending on the circumstances, the court might decide at the end of the dispute that the costs should be shared between the relevant parties, or that the State should pay all or part of the costs.
The Maintenance Act also has provisions on proof of paternity, with maintenance courts also having the power to allocate costs fairly. It can make a provisional order that the mother and the alleged father must each pay some or all of the costs of a DNA test, or a provisional order directing the State to shoulder some or all of the costs. (The wording of the Maintenance Act on parentage tests is a bit narrower in several respects than the approach taken by the Child Care and Protection Act, but forthcoming amendments to the Maintenance Act are expected to harmonise the procedures on proof of parentage between the two laws.)
The centrepiece of procedures to prove parentage in every case should be the rights of the child. According to the Namibian Constitution, all children have the right to “know” their parents, which encompasses children’s right to know with certainly who their parents are – except in rare cases where this would not be in the child’s best interests.
But the sad reality is that some women name men as fathers when they know that this is not true, just as some men deny fatherhood and even go so far as conniving to arrange for a paternity test to produce the wrong result (by bribing someone involved with the testing, or by getting someone else to provide the sample).
Namibia’s children should not be pawns in power struggles between men and women, and taking responsibility for a child is about much more than just money. Being a parent means protecting the child’s welfare, and lies should not be used by mothers or fathers to try to wiggle out of this important duty.
Let us not turn this issue of children’s rights into a gender war. Mothers and fathers who practice deceit in respect of parentage should all be criticised for this. Let us all put the children first.

This article was made possible by support from the Hanns Seidel Foundation.

More on our webpage

ProBono on Environmental Assessments in Namibia

Article 95(l) of Namibian Constitution is the focal point for the protection of Namibia’s environment. It declares that the Government... read more

Probono on Admission of Guilt in Covid Times

An admission of guilt fine refers to the situation where a person who has been charged with a crime that... read more

Expungement of Criminal Records Should criminal convictions follow you forever? When applying for a job or a visa to work or study... read more

The Divorce Bill: What is good and what not? The latest draft of the Divorce Bill was recently circulated for public... read more

Pro Bono: Election Day: What to do if you witness an irregularity

The forthcoming elections are the nation’s sixth national election. So far, Namibia has avoided the pitfalls of many nations whose... read more

The Combating of Immoral Practices Act 21 of 1980 is a law that is much misunderstood. Many have called for... read more

Background The restitution of ancestral land rights in Namibia has since independence divided opinions. Some argue that it is a fitting... read more

What is Namibia doing about Urban Land Reform? Background For the best part of the first two decades after Namibia’s independence, the... read more